Our Promise To You

We promise to provide you with the best neurological healthcare possible in accordance with our capabilities, training, education and experience. We're dedicated to doing absolutely everything we can to help you recover from neuropathy, concussions, strokes, ADHD, dementia, Parkinson's, autism, chronic pain an other neurologically based health conditions.

Dr. Joseph Schneider, the founder of Hope Brain & Body Recovery Center, isn't just another doctor. Dr. "Joe" is also a patient! He continues to miraculously recover from a severe stroke in 2017 thanks to the support of his family, his colleagues in Chiropractic Functional Neurology and his decades of experience treating thousands of neurological cases.

How We're Keeping You Safe

GyroStim is the lastest in brain injury recovery technology. It's a multi-axis chair designed to stimulate neurons and create new pathways.

Retrain and reprogram your brain to adopt new neural pathways in order to recover from brain trauma.

A totally painless laser using a spectrum of light which penetrates soft tissue and encourages angiogenesis (which promotes healing).

Sometimes a neurological problem is caused by a misalignment of the spine, which can be corrected through chiropractic adjustment.

Functional medicine operates on the principle of balancing the body to promote natural healing and prevention of disease without drugs.

We can halt, and even reverse, neuropathy. You don't have to live with numbness, tingling, hot or cold sensations that aren't really there.

Is There Even "Hope" For You?

If you're like the majority of our patients, you have already been through some kind of treatment. You didn't have a good outcome, though. Your doctor (or doctors) told you, "there's nothing else that can be done". We find that prognosis is rarely true.

Take our quiz below to find out if you may be a candidate for highly-effective, non-conventional treatments. 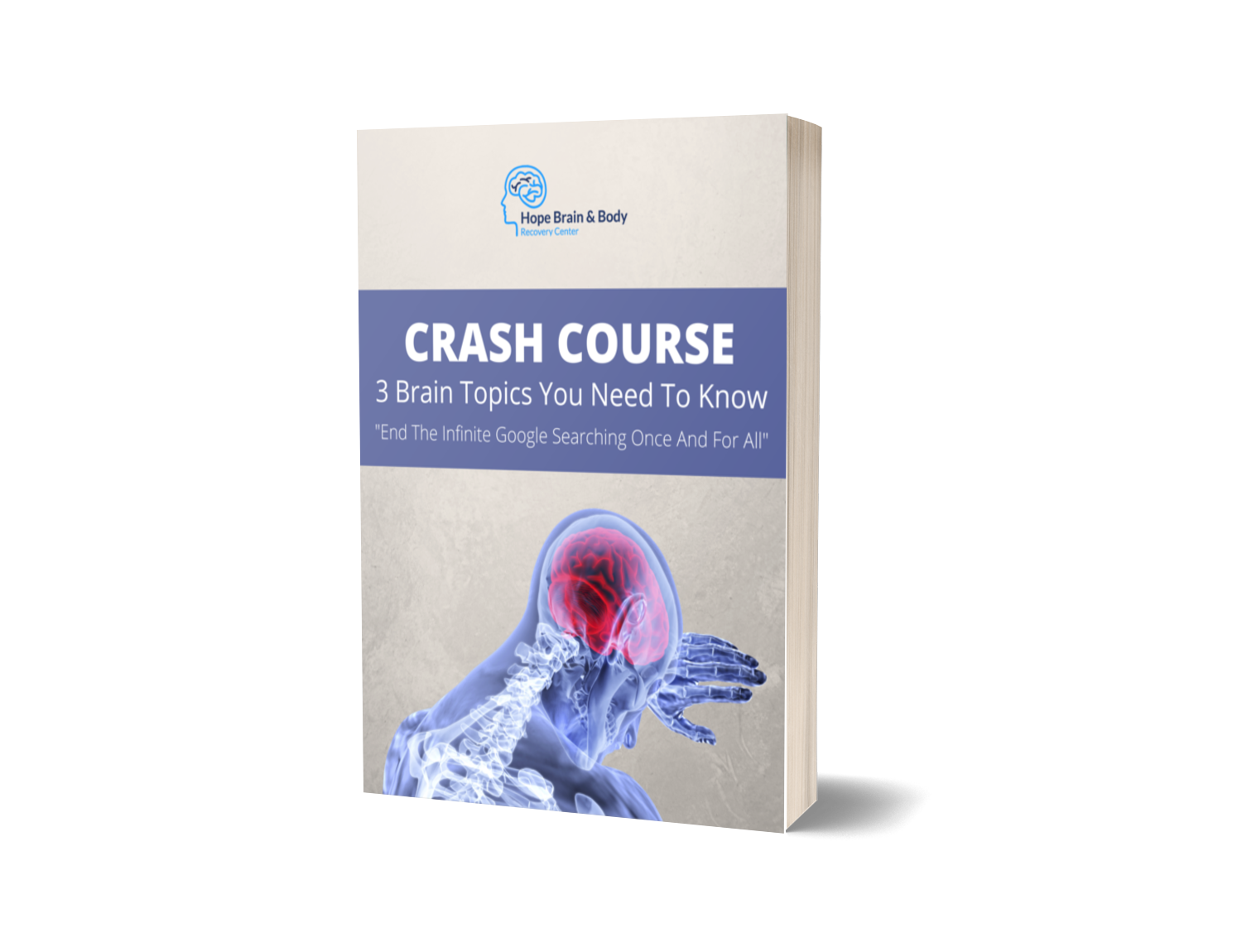 FREE BOOK: The Only 3 Things You Need To Know About Your Brain

Functional medicine is a biology-based, patient-centered approach to identifying and treating the underlying causes of illness. Functional medicine is especially beneficial for neurological conditions affecting the nervous system, which includes the brain, spinal cord, and nerves. This approach to medicine works well when used with physiotherapy, chiropractic care, and nutrition to treat neurological problems. 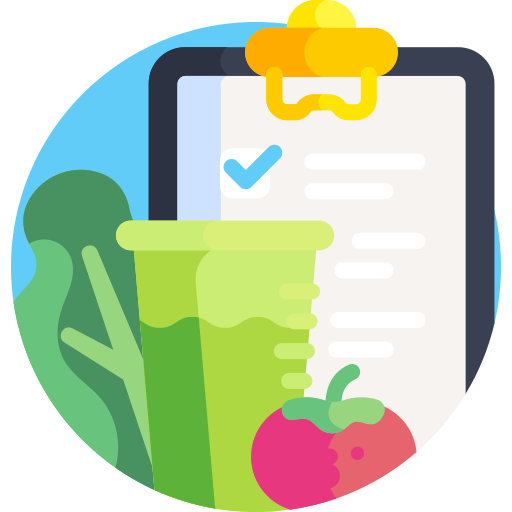 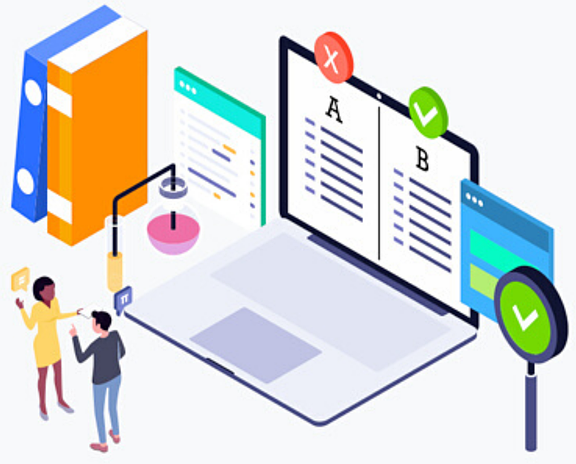 Even if two people have the same diagnosis, every patient’s brain functions differently, and their challenges are unique. That’s why at Hope Brain Center, we treat people, not diagnoses. We create customized treatment plans for each patient based on their individual brain function, challenges and goals. By utilizing innovative technology combined with a personalized treatment plan, we can achieve maximal outcomes by creating programs that are tailored to the patient’s

Our rehabilitation process depends on the perfect mix of three factors:

1) The type of intervention (the therapy/treatment/exercise)

2) The order of intervention

3) The amount of each intervention

With thousands of exercises and therapy variations (many exclusive to our process) and many different sequences, there are literally millions of combinations of therapies we can offer as part of an individual’s treatment plan, especially within our program. Many of our patients express that they are perplexed by the dramatically different outcomes generated by performing seemingly similar therapies compared to their previous therapies. These expressions provide us with verification that the way in which interventions are delivered is critical to the ultimate outcome.

The GyroStim is a computer-controlled, multi-axis rotating chair integrated with an interactive laser targeting system.

Its technology and methodology are combined to create an advanced training system available for therapy, rehabilitation, and athletic performance enhancement strategies. It’s technology and brain training applications can improve balance and brain performance of your current brain health, whether you are someone who has sustained a brain injury, are high functioning, or are somewhere in between.

At lower levels of intensity, clinicians use the GyroSim for applying gentle yet powerful multi-axis visual-vestibular stimulation and sensorimotor exercises. For people seeking to recover from a concussion, traumatic brain injury, or other neurological condition, the GyroStim can provide vestibular therapy to address persistent symptoms and restore lost function. 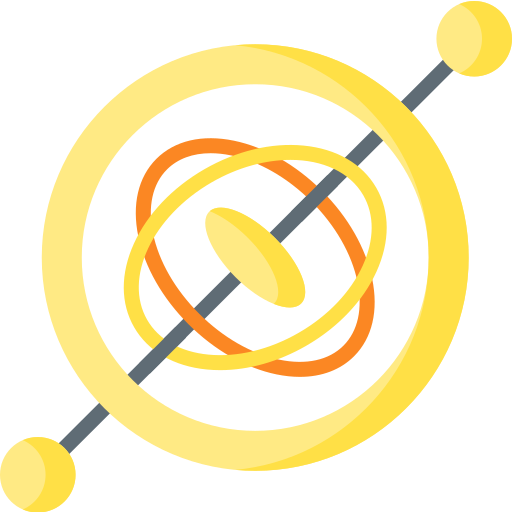 We Provide Our Patients With Treatments Including:

After consulting with neurologists, they were unable to find the pathology, why she couldn’t stand, walk or feel her legs.

She chose not to give up and started the treatment with Dr. Joe.

She finally started to stand up at her 6th treatment.

If you or your loved one who had a concussion and have no answers to get better,

We make the possible from the impossible.

Ready For Your Consult With Dr. Joe? 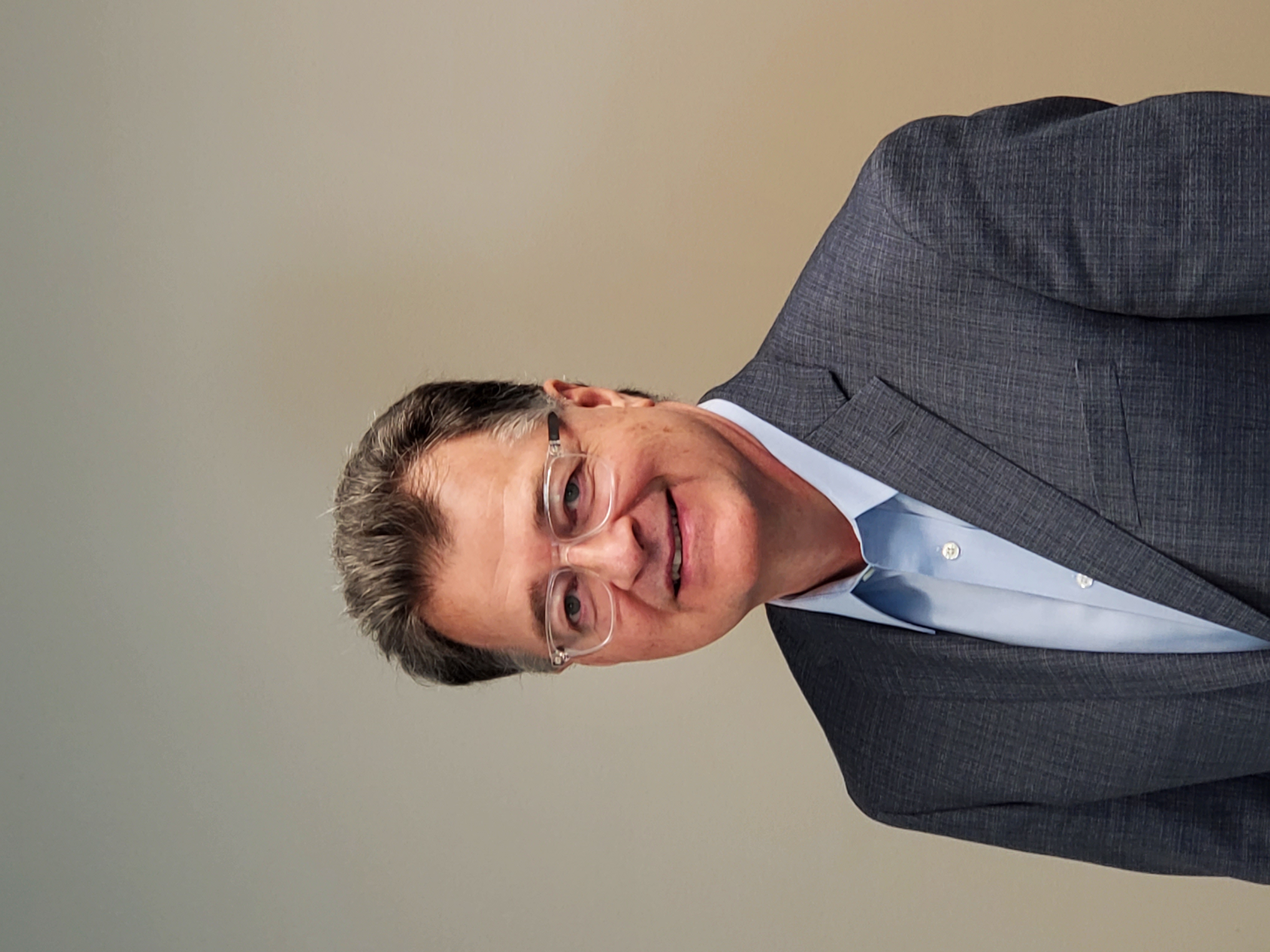 Truth: Many of our patients have learned that there is a limit to the benefits of receiving care through traditional medical system. Despite continuing to get nowhere or even regressing to a worsened state, over time this may lead the patient to a depressed state resulting in the loss of hope, this is why we have researched rehabilitation through noninvasive technological and nutritional methods that may recover lost or damaged nerves and or brain function. This process of restoring neuroplasticity can bring back a great portion or potentially all lost or damaged neurological functions.

Myth #2) “Medication and surgery are the only viable treatments.”

Truth: Although medication and surgery can be lifesaving, lifestyle improvements can be very powerful in regards to preventing disease. Our state-of-the-art non-surgical treatments can help your function reach as near as normal as possible or even better than before.

Myth #3) "The older you are the less benefits you will receive from treatment."

Truth: Although age groups above 60 can have slower response to the treatment, it is when the body & brain are most susceptible to losing function. Diseases like movement disorders, mild Cognitive Delay (Dementia), Peripheral Neuropathy, Arthritis, Stenosis, and Visual/ Auditory Impermeant are more prevalent as you age. It is important to slow the progression or even remedy the problem completely.

Promoting Optimal Health and Well Being of Patients

His post graduate education in neurology was conducted at the Carrick Institute, allowing him to obtain a diplomat from American Chiropractic Neurology Board.

With over 30 years of clinical experience, he has attended to over 11,000 patients, treating them for a multitude of neurological and non-neurological conditions including but not limited to: Traumatic Brain Injury (TBI), Stroke, Concussion, Vestibular Disorders, Chronic and Acute pain, Dizziness, Headaches including Migraine, Scoliosis, and neurodegenerative disorders.

He also served as Executive Director of the Brain Balance Center for 7 years in Springfield, PA and Cherry Hill, NJ, where he had successfully helped and transformed over 500 children 4-18 years of age with Autism, ADD/ADHD, Asperger’s, Learning Disorders, Tourette’s, and concussion.

He received numerous awards including ‘Clinical Excellence Award’ in 2013 from International Association of Functional Neurology and Rehabilitation. He served as Vice present of Pennsylvania Chiropractic Association in 2011 & 2012 to provide better service to patients.

Dr. Schneider is recovering from his stroke from May 2017, slowly and miraculously due to his colleagues in Chiropractic functional neurology as well as his knowledge from extensive experience with his patients. He has learned so much about brain recovery from his own experience and he has committed his life to help patients to have optimal health without medications and/or surgeries. 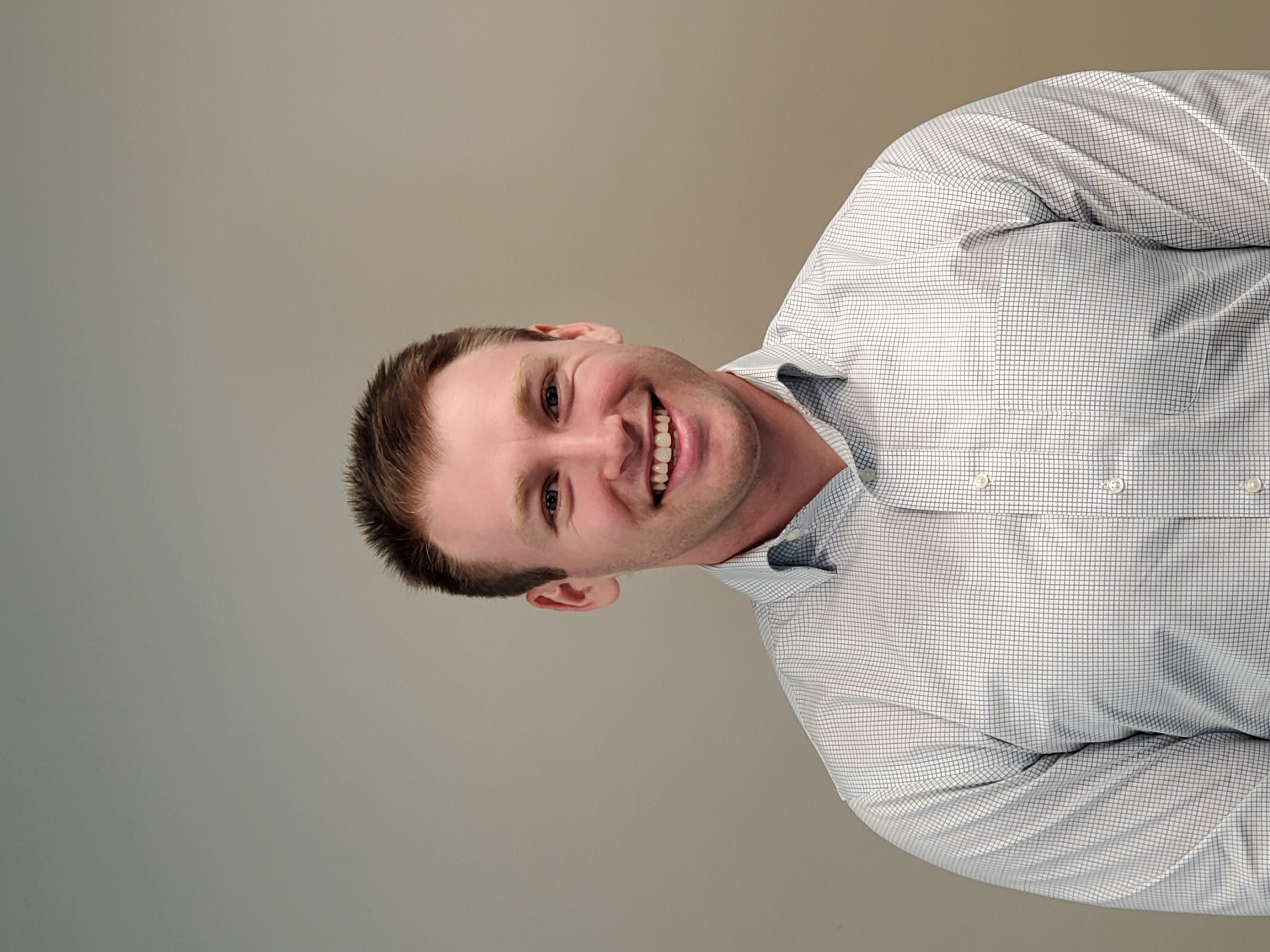 Dr. Robert Waterson was born and raised in New Jersey. He attended Phillipsburg High School and prides himself on winning back to back Football State Championships, as well as being a three sport captain. During his senior year at Phillipsburg High School Dr. Waterson earned the Air Force Academic All American Award, was inducted into the National Football Foundation “Lehigh Valley Chapter” for 2011 Scholar Athlete of the Year, and earned the prestigious Ned Bolcar Defensive Player of the Year award.

Dr. Waterson attended Ursinus College and continued his football career while earning his Bachelors of Science in Biology. During his time at Ursinus College within the Protein Biogenesis Lab Dr. Waterson developed a passion for learning about traumatic brain injuries and neuroplasticity. Dr. Waterson turned toward Functional Neurology and Functional Medicine to further his knowledge of non invasive treatment strategies. 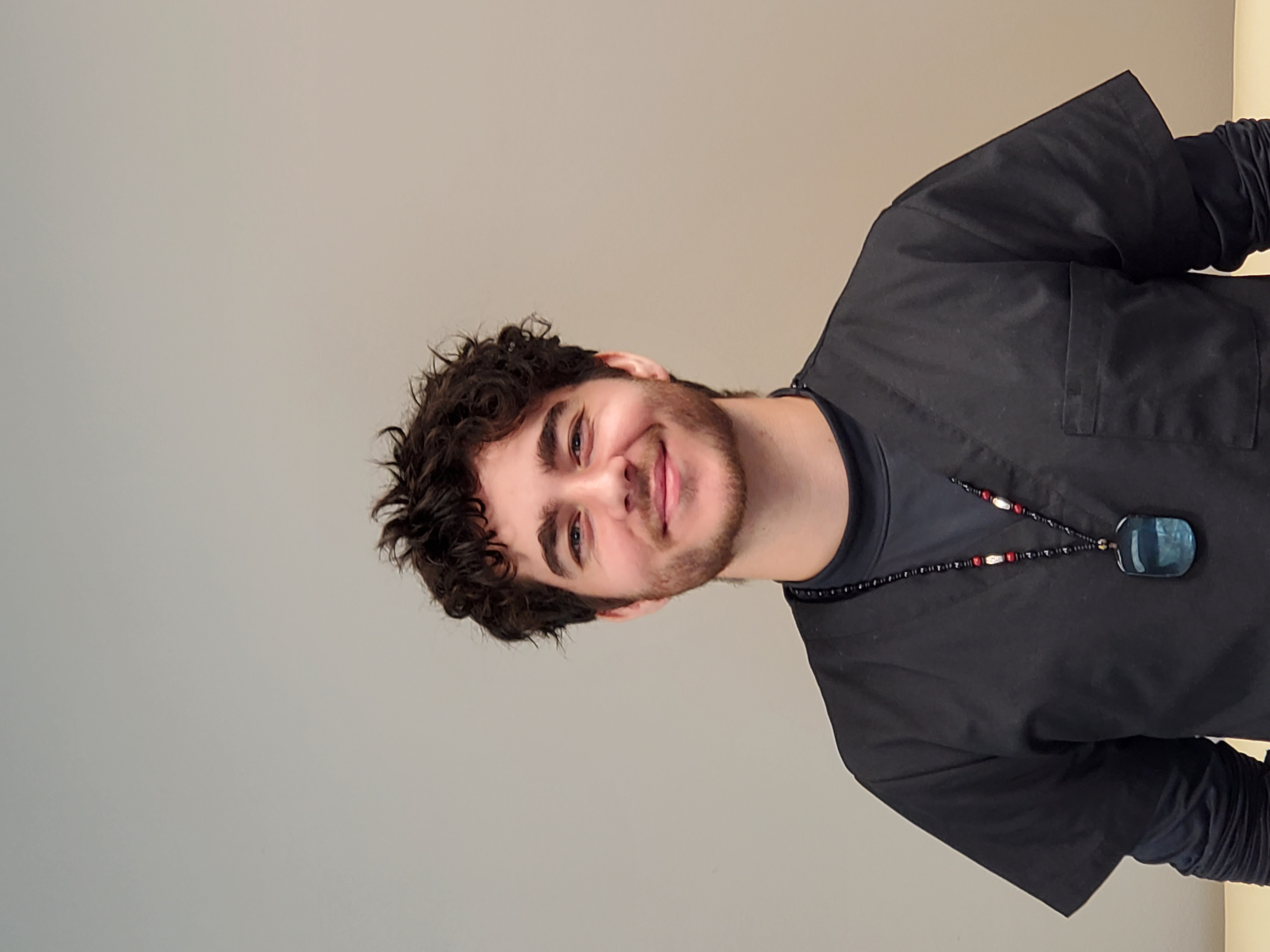 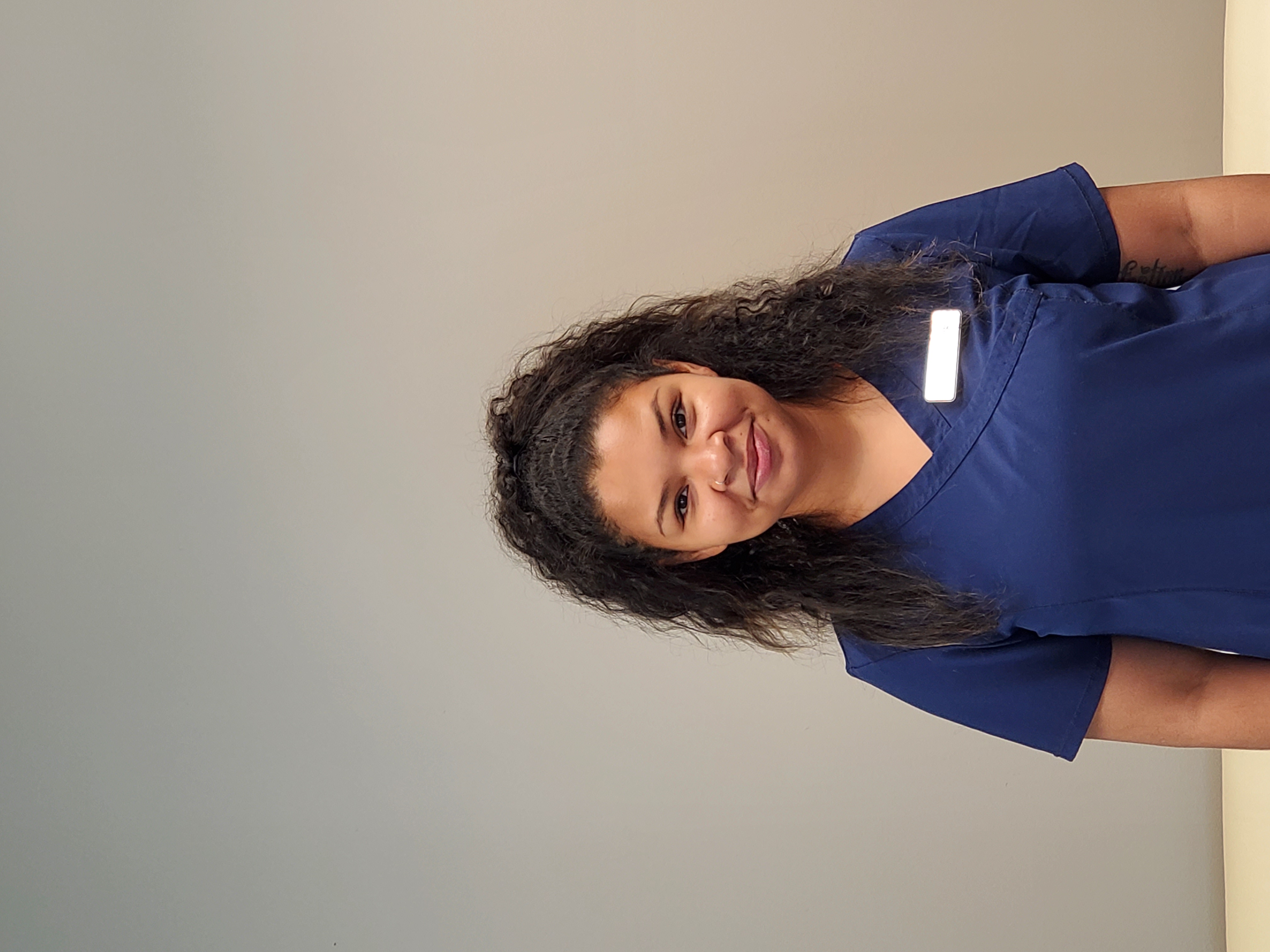 Welcome To Our Office (Virtual Tour)

Dr. Schneider is the most caring and Knowledgeable Chiropractor I’ve experienced.

I have Sciatica pain in my right leg over 2 years (and 3 different Chiropractors later.) Finally, I have some relief. I am also getting laser treatment. I had the first treatment yesterday, and I slept till 700 am this morning (9 hrs straight) and I feel refreshed. It has been years that I had this long sleep without any interruption.

I was diagnosed with rheumatoid arthritis and could barely walk or open a bottle of water. Within 1 month after my test results came back I was able to walk normally and run if I wanted to. If you suffer with any autoimmune diseases this is the best place for you. They really gave me my life back! Thanks again!

Such a great place whenever my sciatic never and bulging lower disk acts up, t Dr. Joe I go!

Dr Joe, is an amazing chiropractor and health care practitioner, worth the drive to PA if you live in Jersey.

They keep me healthy!

How long will treatment take?

Each case is different, that is why we have comprehensive diagnostic testing consultations and

exams. This process takes approximately three hours and gives us the proper information to set

Are the results permanent?

nutrition. When you receive care from our Hope Center you will be trained and you will see your

performance improve. These plastic changes in the nervous system give you a higher level of

function, once this strengthening occurs, you maintain growth by being active in your life again.

Why do I choose Hope Brain & Body Recovery Center?

After major stroke in 2017 I was fortunate to save my life. Jefferson Hospital did a great job in

helping me in my most critical moments. When I left the hospital, I received the most advanced

state-of-the-art treatment to return my brain to a working order through my colleagues,

functional neurologists. The reason I founded the Hope Brain & Body Recovery Center is I

wanted to help patients suffering from loss of brain functions to regain their life again.

Privacy Policy | It's simple! Any information you provide to us including, but not limited to, your name, email, or phone number will never be sold or given to anyone else. We will only use this information to communicate with you. However, if your data is stolen or otherwise lost, we cannot be held liable for any damages that are a result of that event.